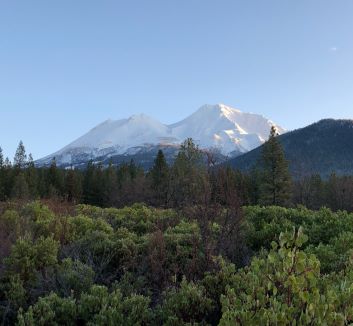 On the other side of enlightenment - I believe we have spoken before that it doesn’t stop at enlightenment - it is you as a divine entity. Let’s make it into an example. You live forever, you are eternal. Step one of understanding.

Can you mark on that line where you were an initiate, a master, a sage, a guru, a wise one, an Ascended Master, a great being, a great teacher, an extraordinary being, a universal consciousness, one with God? If you are having trouble marking these on that line, congratulations. If you managed to plot these on your forever self, congratulations. If you saw on that line that there was a final point - let’s term that enlightenment - what are you doing now? Looking out over your enlightenment? Or perhaps you know you go on forever and you are having a rest in your enlightenment waiting for your next divine inspiration. Perhaps you decided that at enlightenment you ceased to be anything of what you thought you were, and you are no longer a forever being, you’re something else. There are always potentials unexplored.

Steps to enlightenment is not for the faint hearted because perhaps what you will find is that your enlightenment is the product of those steps and what took you to your enlightenment is the culmination of your journey and you were the one devising the journey. Therefore, at your enlightenment you are the summation of everything that you brought into that oneness and as we explore the steps to enlightenment we might start to bump up against, and with, and beside other understandings of enlightenment. And then we would have to question - what is enlightenment in itself? Is it a creation by the entity where it believes and knows it is its totality and its isness, or is it a reality that was put in place to let entities understand that there is a state of being where all is known and that was merely the beginning of greater understandings? How many entities do you think are enlightened and have been through this journey prior to yourself? And who made it up in the first place that it would exist to have that journey, or could we maybe think that every entity is enlightened and is merely on their forever reality? This is going to be a very interesting exploration into the steps to enlightenment.